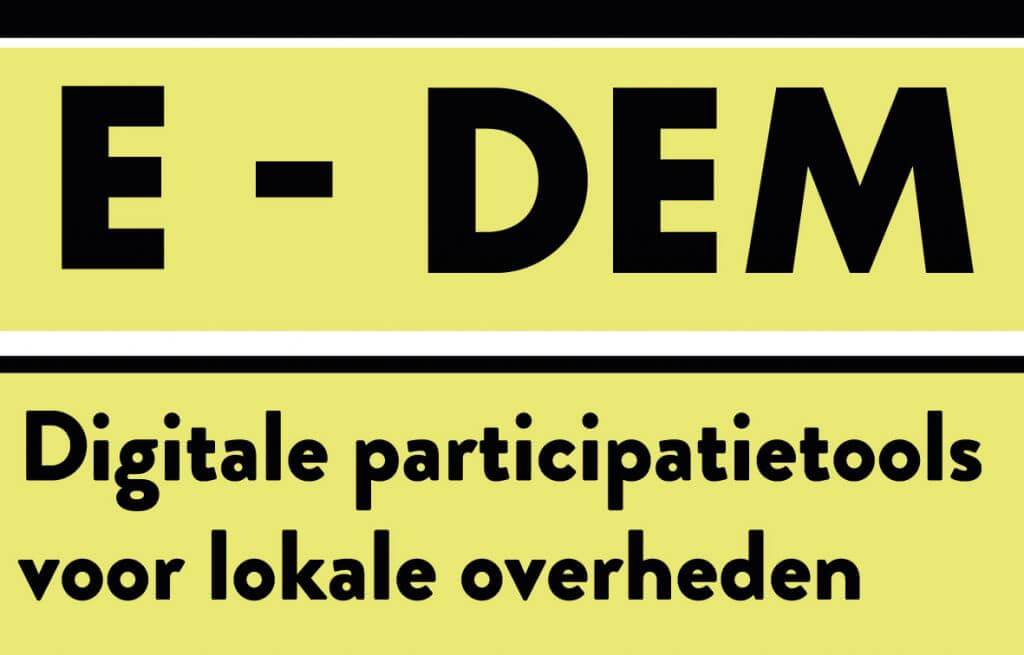 The duration of the project covers the period from October 2016 to September 2017. During this period, Netwerk Democratie, in collaboration with Waag Society, Dutch Ministry of the Interior and Kingdom Relations, several Dutch municipalities, and experts in the field of e-democracy, translated three D-CENT tools into the Dutch context so that they can be (further) developed and applied in the context of the Netherlands.

D-CENT
The European project D-CENT initiated by Nesta (UK) finds itself in the area of digital democratic innovation. Run in collaboration with numerous European organizations and digital citizen initiatives D-CENT (Decentralized Citizens Engagement Technologies) is a European project that focuses on further development of e-democracy tools so that they can be implemented on a larger scale. The project helps citizens’ initiatives in implementing or scaling up of the next generation of open source, decision-making and privacy-aware tools for direct democracy and economic development.

Open Source and Privacy
The distinguishing feature of the D-CENT tools is the use of open source software on which they were created. Open source allows for the software to be used by anyone because the source code has been openly released. The users can adjust and/or improve the source code according to their needs. Any improvement can be given as feedback to the developer so that the original tool can be improved. In contrast to commercially developed applications where the source code is protected, knowledge sharing is central to any open source tools and joint efforts are made to develop new digital applications that are accessible to everyone.
The second distinctive feature of the D-CENT applications is their protection of user privacy. This is crucial since commercially developed products often utilize their user data as an important source of revenue for the developer. In addition, commercial developers are not usually transparent about how this data is used and combined with other data files, and for what purposes this information is then used.

Agenda-setting, decision-making, and budgetting
The project focuses on three themes that are connected to different phases of the political process: agenda, decision-making, and distribution of the budget. The agenda component revolves around how citizens can be given more impact on political agendas. The decision-making component deals with increasing citizens’ influence on decision-making on policy and legislation. Lastly, the distribution component is discussed in various applications that focus on the provision of information on how the government distributes funds (budget monitoring), as well as other technology initiatives that directly involve citizens in making budgetary decisions.

In three closed workshops, the sub-topics on the agenda, decision-making, and distribution will be discussed using three D-cent tools. Participants of these work sessions are European developers of the tool, Ministry of the Interior and Kingdom Relations, Network Democracy, Waag Society, Dutch experts and participating municipalities. With this input, the tools will be translated into the Dutch context. Finally, these ‘locally-made’ tools are made freely available for all Dutch municipalities with the aim to assist Dutch municipalities in strengthening their communication with citizens and bringing them into contact with the possibilities of digital tools for democratic innovation.

Waag Society
Waag Society is a pioneer in the field of digital media. The organization explores emerging technologies and gives art and culture a decisive role in designing meaningful applications.

Ministry of the Interior and Kingdom Relations