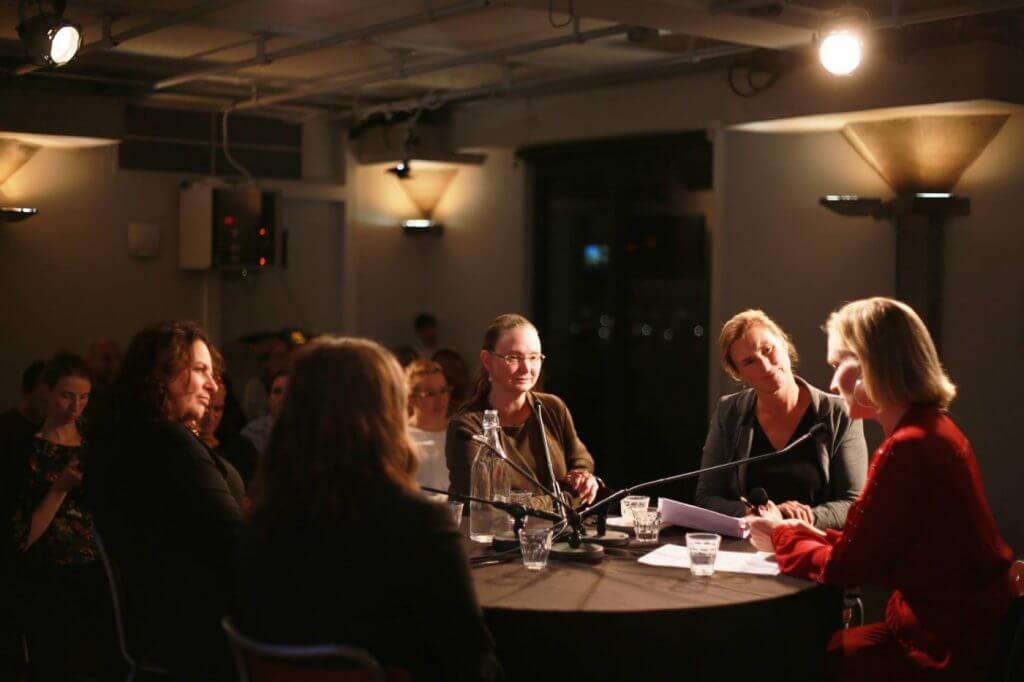 With the rapid spread of the Internet and smartphones into our daily lives, the question of what impact does the technology have on the society becomes more urgent. Many would agree that rapid digital innovation should be beneficial to society. However, large technological conglomerates (such as Facebook and Google) along with authoritarian regimes don’t wait in the corner. These actors widen their agency through channels like social media and take advantage of the blank spaces left in governmental regulations of the Internet. During the thirty-second edition of the New Democracy series, a panel of four brilliant female professionals involved with technology (Marietje Schaake, Giulietta Marani, Marleen Stikker, Melanie Rieback) came together to discuss various issues related to technology’s role in society. They deliberated on what is already being done and what needs to be done in order to secure our rights on the Internet and collectively counter global problems such as the rise of authoritarianism and climate change.

The person who opened the panel discussion was Marietje Schaake. As a Dutch politician and a Member of the European Parliament for already nine years, Schaake is known for her innovative and ardent support of the digital technologies. Acutely aware of the social and technological interconnectedness that globalization has brought about, Schaake is concerned with digital rights and freedoms in Europe, as well as, all over the globe. Indeed, with growing pressure on user privacy that is coming both from the big tech companies and authoritarian regimes, right now is a crucial moment for legislators, innovators, as well as ordinary citizens, to take action.

Historical and Current Context of the Internet

“Telling the story and the history of the Internet makes people understand that the commerce took over at some point. […] Everybody on the Internet back then had a feeling that they [the young tech entrepreneurs of 90’s and early 00’s] were disrupting for good and change. But now the disruptors are in charge, they don’t understand that they have this power and they don’t understand what other structures they are fighting now. Everybody now understands that these powers have to be limited.” – Marleen Stikker, founder of the Waag Society.

In order to understand the current context and state of Internet technology on the global arena, it is important to remind oneself where it came from. This is exactly the topic the panel speakers started out with. While some say that the Internet originated as a way of communicating for the military, it was actually a scientific program of Pentagon, called ARPANET, that resulted in the creation of the TCP/IP, which makes data communication and Internet possible. As Stikker pointed out, there were other computer networks that existed in the 80s’. For example, Interlink or, what she referred to as the network of networks, was already in wide public use within the NGO circles. The computer networks that existed in the 80s’ and the mid-90s’ were based upon anarchistic and artistic principles of a civic network. The commerce-driven Internet as we know it today, according to Stikker, saw its roots in the early 00′ when technological entrepreneurs that got famous as social order disruptors turned into big businesses. Now that the end-goal of large conglomerates such as Facebook and Google is exponential profit, the overall social good and disruption of the status quo are not on the agenda anymore.

Simultaneously to this dynamic, another political development is happening. The number and, subsequently, the power of authoritarian states all over the world is on the rise. Well-established authoritarian regimes now have the power to project a sovereign model on the open global Internet. Schaake fears that this development will lead towards a fragmentation of the Internet. This fragmentation would take away from the opportunities for inclusiveness and emancipation of individuals all around the globe. What will happen then, according to Schaake, is that rights of people on the Internet will greatly differ across different regions. With China, the second biggest economy in the world after the United States, building a completely top-down Internet structure, tech companies are more likely to cater to the interests of the Chinese market. This means that, for instance, it would be hard for any company to deny access to user information to the FBI when they don’t deny it to the Chinese authorities. If in the foreseeable future, the EU will not come up with a regulatory framework that would secure user rights and freedoms on the Internet, the profit-oriented companies will then bend to the increasing pressures of authoritarian regimes. 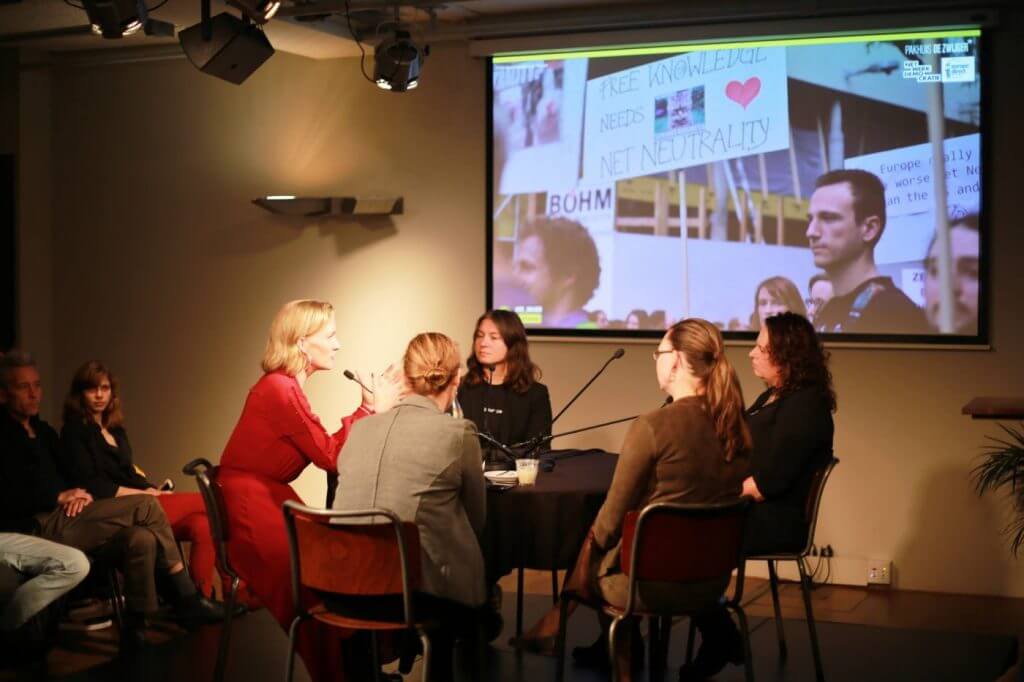 “As a political entity you make your voice heard by leveraging your size, being the EU and having regulatory space thus helps since it’s so large that it needs to be considered” – Marietje Schaake

So is it still possible to find a model which would guarantee our rights and would counter to the market-driven Silicon Valley (US) model and the state-driven Chinese model? The four guest speakers agreed that there still exists a possibility for Europe to create its own kind of Internet organization. It is important that this value model, the speakers urged, should be based upon such principles as transparency, openness, and a non-exponential/ non-profit-oriented business model. While there still exists an opportunity for European countries to create their own digital value-based framework, a “huge momentum has been lost”, says Schaake. Arguing that from the aftermath of WWII the West has built and maintained a rules-based global order that guides all relations, Schaake maintains that this order has not touched the Internet. This somewhat non-interventionist approach of the Western governments towards the technology created blank spaces which were taken over by big businesses and authoritarian regimes. In this digital arena of power struggles, Europe stayed behind and has a lot of catching up to do. At this point, the EU implemented the General Data Protection Regulation. This, according to Stikker, is already changing how some tech giants approach, like Apple’s Tim Cook, see data protection. Such developments would be able to have an impact, Stikker says, only if the European Parliament is strong. As of now, the majority of the European parliamentarians are going in favor of the link tax and upload filter, which quite obviously goes completely against the principles of open networks.

A Dire Need for Cultural and Structural Change

“I think the problem is largely cultural. We think that you have to commercial to build mass, it is not true. Actually, if you provide a genuine value ethical model, you build mass faster” – Melanie Rieback

While Marleen Stikker agrees that society is slowly changing for the better and becoming more educated, the speed at which it is changing does not coincide with the speed of the development and innovation of the capital. All the speakers pointed out that right now is a time for an urgent cultural and systemic change. This change has to happen on all levels: cultural narrative, business education, IT education, humanities/social science education, among others. While fighting against the two overpowering global trends mentioned above, it is important to keep ethics and democratic rights in mind. Since we cannot change the incumbent enterprises and their values, the hope lies with today’s start-ups and social entrepreneurs. This change has to come from the educational system and the cultural sector, the two things that define value frameworks and establish the direction in which society is heading. Melanie Rieback (computer scientist, ethical hacker and founder of Radically Open Security) argues that it is highly crucial for young entrepreneurs to set intentions that are not based upon the “ubiquitous exponential model” since it is unsustainable and exploitative. This model underlies the algorithms behind services provided by the technological conglomerates. Therefore, right now it is important to work towards bridging the gap between society and the ICT sector, which can only be done through education and right opinion leaders.

“If you can’t open it you don’t own it. You need to have knowledge and the access to technology to be able to contribute to it. We need to demistify technology because otherwise people feel that it is too far from them because they cannot touch it.” – Marleen Stikker

Rieback argues that the current educational system in the areas of ICT and business is based upon the Silicon Valley model, which characterizes success through the acquisition of large capital. This leads to individuals coming out from universities and establishing businesses that are steered by profit-making. Thus, it is important to split the profit from the company. On the other hand, those who study in humanities usually do not bother dealing with technology since they feel like they don’t understand it. This has to change since technology is becoming a grand part of our daily lives. As more and more people are realizing such concepts as gender inequality and privilege among others, it is time for them to realize that algorithms behind the apps, sites, and programs that they use on daily basis may include those biases. 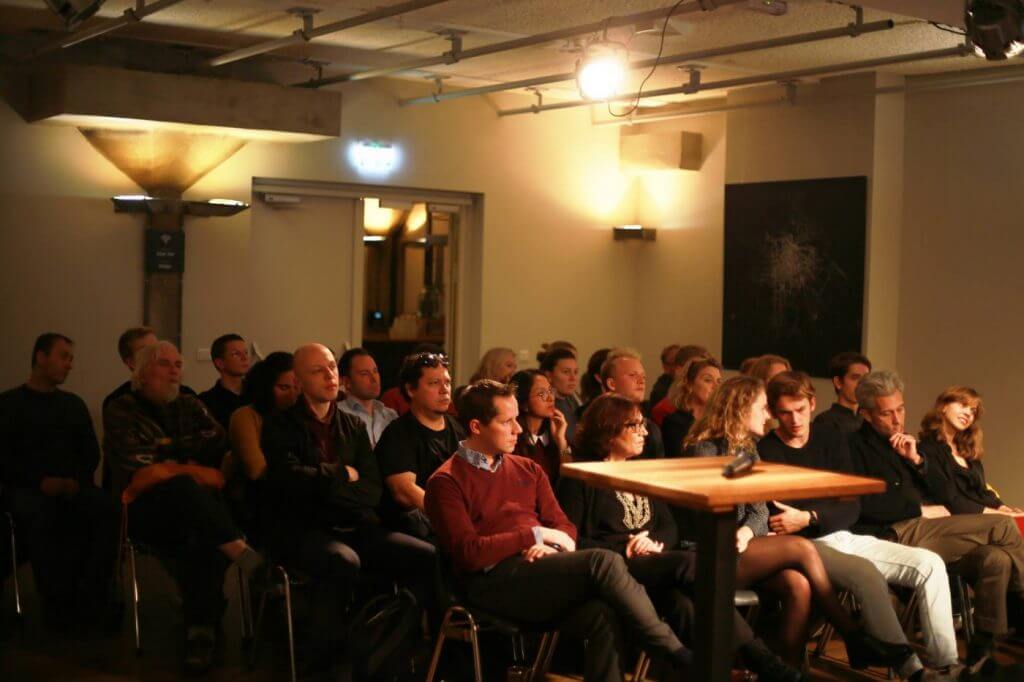 According to Melanie Rieback, there exists a false dichotomy between earning money and ethics, as well as, security and privacy. On her own example, she shows that it is possible to fight for the social good and earn money at the same time. This is why it is important to have role models and opinion leaders who show that success can look different from “growing huge and earning a massive amount of money and acting with a whole bunch of bravado”, says Rieback. The future lies with social entrepreneurs who will design their companies and projects in line with commons-based and value-based collaboration.

However, while cultural and educational changes take time to come into being, it is important for democratic governments to act now in order to save the liberty that is endangered by big companies and the increase in the number of authoritarian regimes. This is why it is important to come up with regulatory frameworks that would be based upon human rights and freedoms principles and keep the Internet safe and open, while the larger cultural change is on its way.

What can ordinary citizens do now? Get involved and take responsibility, say Schaake and Stikker. In democratic systems, politics is defined and steered by people, and getting educated and engaged in such crucial matters as Internet liberty is something that European citizens can still do.

You can watch the live stream of the discussion here