Cristina Caffarra is an award winning economist, expert on antitrust and competition law. Dr. Caffarra is a senior economic consultant and has coordinated economic analyses on several of the high profile cases of the last 20 years before the European Commission (including matters involving Google, Microsoft, Apple, Amazon, Samsung, Hollywood Studios, Sky and others), the competition authorities of several EU Member States, as well as the Courts in multiple jurisdictions. She is on the Editorial Board of the European Competition Law Journal, as well as on the Advisory Board of the Journal of European Competition Law & Practice (OUP). She lectures in competition economics as a Visiting Professor at UCL. 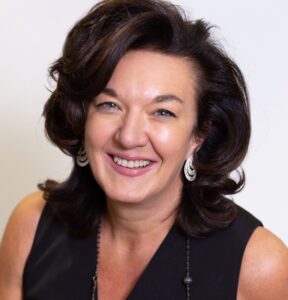 Can you introduce yourself and your job in relation to the Digital Markets Act (DMA)?

My name is Cristina Caffarra, I have worked for many years as an economic consultant to companies, government, and agencies. And in the last 12 years, I have focused particularly on digital matters. I am very involved in the debate over antitrust and regulation in big tech. I have done work adverse to Google, both for private clients and for regulators adverse to Facebook. In the last three years, I have done work for Amazon, Apple, Microsoft, Uber and Netflix. I am very close to the discussion, both by advising companies in this debate, but also very much as a public speaker and participant in the discussion leading up to the creation of the DMA.

What are the provisions the DMA introduces? What is its main purpose and what issues does it tackle?

The first step is that the Commission will designate some of these platforms as gatekeepers. Then for those who are designated as such, including companies such as Google, Facebook, Microsoft, and Apple, there is a list of do’s and don’ts. Some provisions are more specific, while some others are potentially open to discussion. The DMA is a collection of things we think are wrong in the behaviour of these companies. There are a number of provisions that are certainly good. These include the prohibition to self-preference, combine data and make use of it to a company’s advantage, and provisions in favour of interoperability and of making operating systems accessible to other apps. The drawback of this list is that it is general and not specific to a particular business, business model or gatekeeper. These rules enunciate a series of principles. One example is the provision stating gatekeepers shall not self-preference their own services, compared to those of others operating on their platforms. This provision shall be applied to business models that are very different from each other. For example, Google and Facebook developed an ad-funded business model, Apple a device-funded model, while Amazon an e-commerce platform. Therefore, the general principle of not self-preferencing is not specific enough, because each of these companies are lacking a precise definition of anti-competitive self-preferencing applied to their case and what that entails. I foresee a very lengthy period in which these kinds of rules will need to be unpacked, explained and made specific for these companies not to look the other way. The effectiveness of the DMA will rely entirely on the ability of the Commission, and on its resources, to put the DMA’s general rules into practice. Overall, unless the detail is provided it is not going to bite.

What is the DMA and why does it matter in your opinion? How does the DMA protect EU citizens’ rights?

The focus is actually not so directly on citizens but more so on competition. The underpinning principle is that fair competition benefits citizens from variety of choice, from the ability to move around apps and not being prisoners of a particular platform. Interoperability is also potentially powerful too. As of now, moving to different platforms is not attractive because your friends, family, and contacts would not be reachable anymore. Due to this limitation, the new platform will never develop into a challenger to Facebook, WhatsApp or Instagram. Interoperability in principle will make sure that you can seamlessly export your contacts and be able to contact people across different platforms. There was an attempt to introduce this principle in the DMA applied to instant messaging and social networks. This became one of the most contested provisions by the platforms themselves, who wanted to reject any obligation. There was a big fight at the final stages of the DMA’s discussion between the European Commission, the Parliament, and the Council about how far to go with interoperability. Fundamentally, this interoperability has been kicked into the long grass. The DMA now states there will be interoperability in social networks in a few years. However, nothing is happening imminently. Moreover, there is a ton of detail that needs to be worked out to make interoperability practical.

The DMA is the first comprehensive piece of attempted regulation around big tech and certainly a major achievement. Europe is the first jurisdiction where something quite as ambitious has been led to the finishing line. In recent years, there have been many questions concerning the way tech giants process and exploit users’ data and on how they deal with counter-parties on their platforms. So far, antitrust enforcement and competition law have been powerless to control such practices. Europe tried very hard to push through major cases against Google, Amazon, and Apple, but its efforts have not worked. So far, there was no real mechanism to tame the digital giants and induce them to behave in a way that is more appropriate. Due to this realisation, there has been a pivotal shift towards an approach that sets clear rules to prevent future harm. In a nutshell, the hope is that with a new set of rules, companies will comply with the law without the whole cost and effort of pursuing them through a legal mechanism.

What are some challenges you foresee in implementing the DMA?

The DMA is a very valiant effort. As citizens, we should be proud, particularly of the European Parliament and the Commission to have pushed it through. Therefore, it is not an initiative that I’m negative about as such. Even if the DMA has not been formally adopted yet, the provisions are not going to change at this stage. However, it is now a responsibility of the Commission, of the Directorate-General for Competition (DG COMP) in particular, to actually implement this law. The big concern is that guidance for companies needs to be more precise: the rules need to go from the general to the particular. An example would be stating “I will consider your algorithm to be self-referencing unless I see x, y, and z”. Another problem is that in order to make the DMA’s provisions operational, the Commission will need a great amount of resources, including data scientist or analytics. This has not been the case for DG COMP, which is struggling with addressing the already existing antitrust cases. To conclude, I think we certainly did something quite tremendous through the DMA, and it is telling that the U.S. are now trying with various legislative proposals to catch up. However, there is no credible path at the moment for effective implementation, unless there is going to be a massive recruitment in DG COMP.

In 2021, the European Commission provided new guidance on merger control mechanisms established by the EU Merger Regulation (EC/139/2004) (EUMR) to ensure fair competition in the Single Market. However, how should we react to the fact the DMA’s provisions do not specifically refer to big tech mergers?

People who have followed debates closely, consider the DMA a great instrument, but recognise there are many questions concerning its implementation. In principle, it is a great set of do’s and don’ts, except for the fact the DMA does not deal with mergers. The DMA is complementary to the new guidance on merger control, but it does not do much other than asking tech companies themselves to inform the European Commission about their plans to merge. The real question is whether we shall police their ability to merge and buy new assets to extend their power through acquisition. Once companies have been allowed to become so dominant in an entire sector, it is extremely hard to control the behaviour associated with that dominance. An example was Google’s purchase of Fitbit, the maker of a bracelet, that follows all of our vital signs. There was a big discussion around the potentially problematic handling of the data Fitbit was going to collect (i.e. my health sign, my heart rate, my emotions, my state of physical health). Despite a big campaign on the part of people like me, who were opposing such a merger, in the end, it was allowed. This example is precisely a manifestation of the problem. If you allow companies to become too powerful by entrenching their market power, they can escape the rules by finding a wiggle room. The expansion of Article 22 of the Merger Regulation has been an attempt to give the European Commission jurisdiction over cases of mergers and killer acquisitions. However, I do not think the real issue concerns jurisdiction. The big issue is that regulators are not blocking mergers through the tools already available and, in parallel, the new DMA does not deal with them.

Now that the DMA and Digital Services Act (DSA) will soon be adopted by the European Union, how do you see the future of Internet governance? What should be the EU’s direction?

The problem we have as citizens is that we are confronted with almost grotesque market power, a reality that Americans feel much more strongly about than Europeans. In America, there is a strong sentiment towards the need to decentralise power on the Internet, essentially based on the evidence that economic power also generates political power. One possibility, spearheaded by the U.S. Senator Lee from Utah, is breaking up tech giants. However, we must be aware this process can be very difficult and time consuming, both due to the law itself and to possible appeals. However, it might be necessary to start thinking about a more decentralised governance that ultimately creates the opportunity for us, in 20 years’ time, not to face the same five companies we are dealing with today. Another big discussion concerns Web3 (Web3 or Web 3.0 is the concept of a new phase of the World Wide Web based on blockchain technology, heavily reliant on machine learning and artificial intelligence, and supportive of a decentralised web (LF)) that is, however, very often confused with crypto. We need to certainly think about a new approach focused on open protocols, multi-stakeholder governance models, trying to move away from past iterations of the web (both from Web1 that was very much open and Web2 that became proprietary). My prediction is that notwithstanding this great regulation, if nothing else happens over the next 10 years, there will be no change in the identity of the dominant companies we are facing today. Simply, they will continue behaving in the same way but with a little bit of control. The DMA will certainly be effective in curbing some of the issues connected to gatekeepers, for example by ensuring a bit more fairness in business but will not fundamentally change the structure of these markets at all. Now that the DMA is a reality, we should try our very best to implement it and make it specific.

This is the second of a series of articles entitled ‘The Digital Markets Act: The Future of Online Platforms’. With this project, Netwerk Democratie wishes to inform EU citizens about the most recent developments in Internet regulation, making complex topics fun and accessible. The first article provides a brief overview of the DMA and the DSA. In the third article Dr. Ian Brown, a leading specialist in Internet regulation, discusses the importance of interoperability end better online services as a result of the DMA.