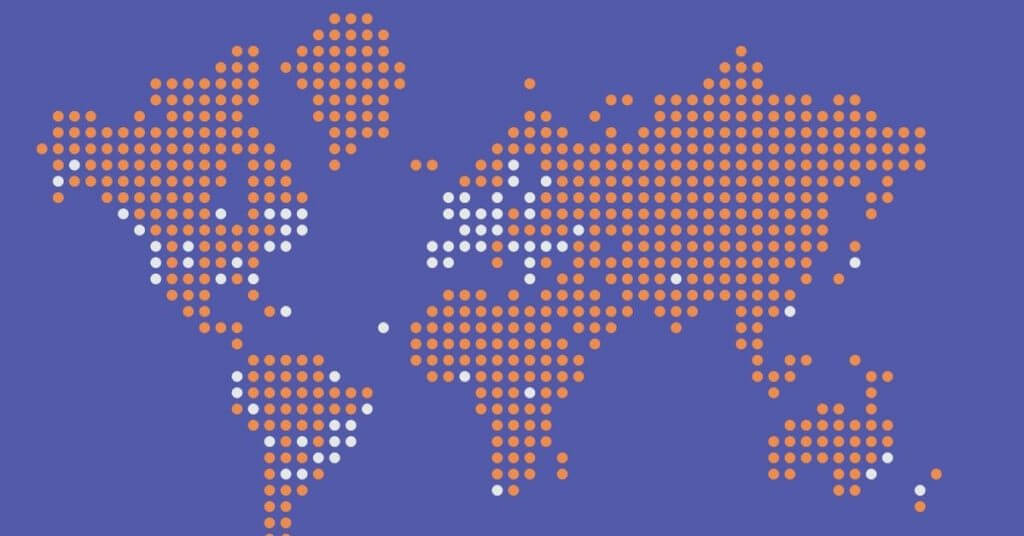 Western society is now living in the time of an increasing democratic crisis. With more and more citizens lose the feeling that they are being represented, along with their faith in the decisions of political institutions, nationalistic and xenophobic discourses are on the rise. Thus, at this moment in time, it is important to find new methods of democratic participation and decision-making that go beyond only elections. On the weekend of September 22-23rd, Network Democracy joined Fearless Cities Brussels in order to look into innovative and participatory ways in which a city or a village can be managed.

Before diving into the details about what happened in Brussels’ KAAI Theater during the two days of engaging plenaries and workshops, let us first unpack what kind of event Fearless Cities is. According to the article published on Open Democracy, Fearless Cities is a “global municipalist summit”, the first edition of which happened June 2017 in Barcelona and brought together, for the first time ever, an extensive network of organizations and platforms that work within and outside the range of representative and electoral politics. Many of these organizations came into being in response to their respective governments’ failure to function representatively and address many of the pressing global and local challenges. Organizations that meet at the Fearless Cities conference aim at shifting the current democratic paradigm through localized action. Instead of a political system where issues are debated on and decisions are made without significant citizen input, the participants and their respective organizations/platforms strive to establish a reality where citizens can collectively observe and participate in determining what would happen in their cities.

Starting with an opening plenary, each one of the two days offered a choice from seven workshops that covered a vast array of topics relevant to the management of any city or village. Workshop topics included: public space (planning, use, occupation of the commons), housing (the right to housing, social diversity, gentrification of neighborhoods), urban ecology (air quality, green areas, urban farming), migration (hosting asylum seekers and transmigrants, sanctuary cities), feminizing politics, citizen participation, government ethics, and public transparency among others. A wide array of representatives from various European and international organizations were present during the conference. Along with professional NGOs and citizens’ platforms, ordinary citizens who are invested in learning more about bottom-up approaches to political participation and decision-making could also participate and share their experiences.

“While the traditional way of organizing power relations is hierarchical, in the natural world there always exists a network of relations between its parts that is spontaneous and organic, which, in its essence is just like municipalism” – Jean-Phillipe Steeger, DiEM25.

From the workshops offered to the participants on the first day, Netwerk Democratie joined the “Municipalizing Europe – Europeanizing municipals: Connected efforts for sustainable change” workshop. By joining their forces speakers, facilitators, and workshop visitors came up with ways and strategies to tackle the issues and challenges of modern cities. The workshop started off by addressing the common question shared by the visitors – what exactly is municipalism and how can it be defined? There exists no general and agreed upon definition of the term municipalism as of now. However, the term can be loosely defined as a “political organization based on assemblies of neighborhoods, practicing direct democracy”. In addition, there is a radical dimension to the concept, as identified by the workshop participants, since it challenges the status quo of contemporary democratic institutions by putting the power directly in the hands of the citizens.

“Democracy shouldn’t be talked about, it should be lived” – Tristan Rechid, member of the Saillans Council of Elders.

One of the most interesting examples of municipalism presented during the workshop is the case of Saillans, a small commune in the Southeastern part of France. When in 2014 citizens of Saillans came face to face with a problem of the lack of representativeness in their town hall, they decided to organize two public meetings that had no program and no candidates. During these meetings, the facilitators put forth an open list where anyone could put submit candidature. This was done in order to encourage the citizens to be more active in their choices, which resulted in twenty-two individuals expressing their interest in representing their community in the elections. When it came to choosing a candidate for the position of mayor of Saillans there was no initial applicant. However, the participants came up with criteria that this individual should satisfy. The three criterions were being open, having a skill of listening to and unifying the people. In the end, the twenty-two Saillans residents who expressed their interest in governing the commune gave their vote to someone who in their opinion would not impose his will onto the population and fulfill the criteria that they put forth. With Saillans being successfully governed by its citizens’ movement since 2015, other French communes, as well as cities, are taking an increasing interest in employing this type of management in their areas. From other presentations given during the workshop, it became clear that a similar dynamic is simultaneously happening in a multitude of other countries.

From collaborative insights that were gained during the first day’s workshop, one thing became apparent, there is a strong need for cooperation and knowledge exchange between various citizens’ platforms on an international level. Workshop participants then came up with several strategies that could potentially encourage the inter-platform cooperation. Finding commons and international components in local issues were the two ways that everyone agreed on. What is important to point out, is that oftentimes there needs to be a concrete and crisis-ridden issue to cooperate against. However, looking at the way the climate change is handled globally, the urgent need in a common crisis to fight against has proven to be not the most efficient way of cooperating. Therefore, it is important for municipalists, at this point in the development of this governance phenomenon, to keep looking into other strategies of fostering inter-platform cooperation. According to Kate Baird of Open Democracy, conferences like Fearless Cities are important because the exchange of knowledge and expertise would allow local municipalist platforms to develop a capacity to meet their objectives in the long-term run and be resilient against global forces.

“I think the future of our planet is in the power of the neighborhoods.” – Josep Maria Montaner, Councilor for Housing and Urbanism in Barcelona City Hall.

On the second day of the conference, representatives of four different organizations/parties in Europe joined the plenary recounting their experiences of bottom-up citizen initiatives in their cities. One of the individuals who gave the talk on that day was the Deputy Mayor of Amsterdam Rutger Groot Wassink. He insisted that the cooperation of cities, as motors of change is highly important at this point in time in order to redefine the future in a hopeful way. The second day’s workshop that Netwerk Democratie visited was one which explored various democratic tools that go beyond elections, which municipalists could make use of. These tools have the potential of enriching the repertoire of democratic participation on the local level by enabling the citizens to express their voices and, through that, reach collective decisions.

The Decidim open-source software and open code platform based in Barcelona was one of the examples of new digital tools. This platform allows citizens to start debates, put forth proposals, schedule group meetings, give feedback about municipal officials, and make collective decisions. The municipality of Barcelona created the platform based on the Decide Madrid source code in order to make the government more open and collaborative. By providing information about the municipal activity, tools such as Decidim make politics more participatory and transparent. Freely available, the platform allows citizens to participate in shaping public order in their city. Based on an open-source code, the tool can be collaboratively modified and shared across platforms, which means that the technical expertise of many citizens can help perfect the code. The original source code that Decidim was based on is Consul, which has already successfully spread around 90 various municipalities across the world. Such diffusion of open-source e-participation tools helps in promoting bottom-up methods of governance globally thus putting more decision-making in the hands of the citizens.

Over the recent years, citizens all across the globe are becoming more interested in the bottom-up approaches to governance in response to the growing unhappiness with traditional political institutions. Municipalism with its hands-on and participative methods of solving issues on the local level has been growing its forces. The main takeaway of the two-day Fearless Cities conference is that bottom-up platforms across the world have a significant amount of experience and expertise to share and exchange.  It seems that a robust and networked response is the main way for these types of citizen organizations to be able to withstand the increasing global and systemic pressures. Cooperation of bottom-up platforms could help in collectively molding an alternative type of the political order that would be more representative and participatory, and where citizens could actively engage in solving problems from local to global levels.