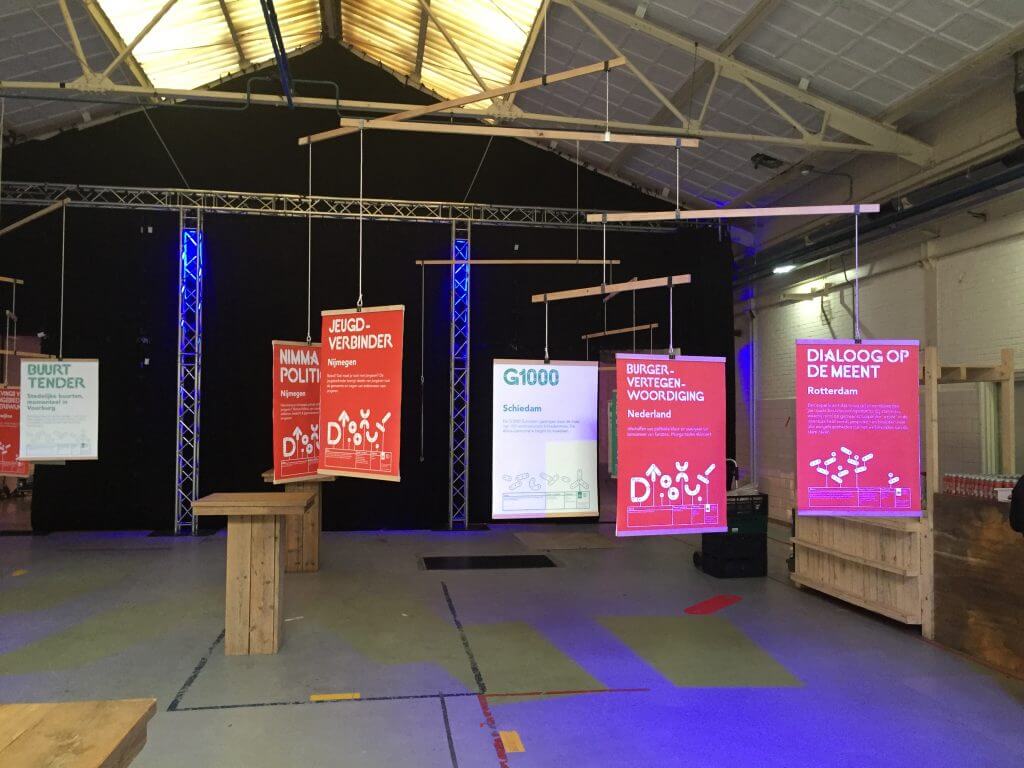 On April 14, 2015, Ministry of the Interior started the Democratic Challenge, an initiative to innovate local democracy. More than 90 initiators responded to the call to participate in the Challenge. Within the initiative’s framework, the Ministry organized a number of meetings. Netwerk Democratie is involved in the Challenge as a partner. Below you can find the description of the project (source).

With the Challenge, we make an appeal to people with concrete plans for new forms of local democracy. Everyone with an innovative plan is cordially invited to participate.

Support for the experiments
The Democratic Challenge is not a competition but an experiment. Anyone with a plan to improve local democracy can participate. Moreover, submitted experiments can receive help and support in the form of exposure, expertise, financing, and regulation space.

Platform with events
The challenge also offers a platform to learn about new forms of local democracy together. In the course of 2015, various events will be organized and publications will be released.

What is a local democracy?
Democracy – governance by the people – is about organizing power, as well as, control and influence in the public domain. The Netherlands is a democratic country where constant rapid changes within modern societies call for permanent maintenance and renewal of our democracy.

Participative, social and everyday
People want to have more say and influence on the things that affect them. They are looking for more and more forms of participatory democracy. In addition, residents organize themselves in the public domain, with or without public money increasingly more. This requires new forms of social or everyday democracy.

Local democracy is much more than the local council

From talking to doing: the time is ripe for the development of concrete local experiments. In addition to representative democracy, there is plenty of room for new forms of the social order: more participative, social and everyday democracy. It should be clear: democracy is more than going to the polls once every four years. Local democracy is more than the city council. Democracy is about organizing power, about control and influence in the public domain. How democratic is your municipality?

What are the themes discussed in the Democratic Challenge?

A viable local democracy in 2015 is about how we make decision-making processes more democratic and how we improve the supervision of democratic processes.

Innovative examples and questions are:

E-democracy
How can we make better use of new technological means in democratic processes and decision-making?

District democracy
How do we give the citizens more say in the decision-making about their own neighborhood, district, village or region?

Democratic budgeting
What is a democratic municipal budget/

Watchdog or monitoring democracy
What about the critical local media and other ‘counter-powers’ as a democratic control?

Network Democracy
How is ‘network democracy’ implemented where the public domain is shaped by different social networks? How democratic are these networks?

Social Initiative
How does one ensure the democratic content of social initiatives with government funding?

Everyday democracy
How does a democratic local society take shape? What does an everyday social democracy where residents together tackle social problems in a democratic way look like?

Connection between representative and participatory democracy

In which ways can one connect representative and participatory democracy.

Guaranteeing democratic values
How can you guarantee democratic values such as inclusion, freedom of expression, power and countervailing power, transparency and openness, proportionality, public debate and deliberation, independent press, space for minorities and variety, and collective decision-making, at the local level?

Democratic decision-making
How can we make the different stages in the policy-making process – initiative, planning, decision-making, implementation, and control – more democratic?

For more information about the Democratic Challenge, go to  www.democraticchallenge.nl