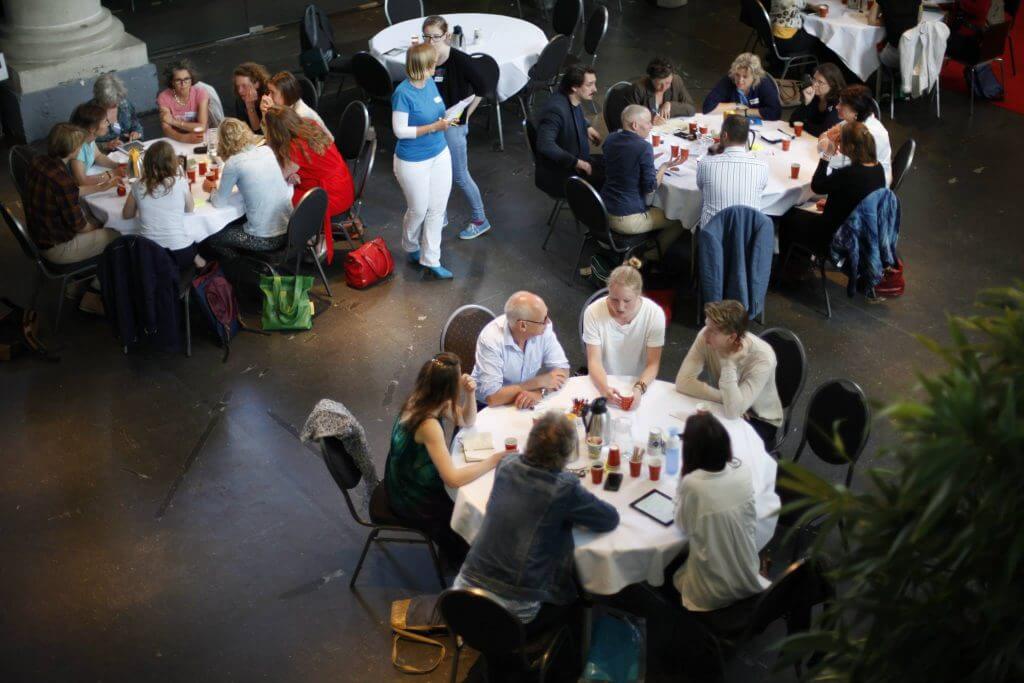 On 6 June 2015, the first Amsterdam Citizen Summit took place in the Zuiderkerk. Just like all other G1000 initiatives, 250 Amsterdammers gathered to draw up the agenda for their city. Various theme tables were created in order for the participants to deliberate on the answers for Amsterdam’s city life together. This ultimately resulted in 57 ideas and plans for the city.

Netwerk Democratie supported this initiative both financially and content-wise. Yvette Jeuken was one of the initiators intensely involved in this project. A year before the Citizen Summit took place Yvette together with Bart Cosijn wrote an opinion article in het Parool and made a call to organize a Citizen Summit. This call was heard and this is why a year later the first ‘Burgertop Amsterdam’ took place.

Netwerk Democratie supported this project because it formed an answer to the centralization of power in the new administrative system. The Citizen Summit was organized by an independent group of Amsterdammers, and provided an alternative way of involving citizens in the management of the city.

On 26 September, a follow-up took place at the community center De Meevaart in which the first results of the various initiatives that emerged from the Citizen Summit were discussed. The Citizen Summit Amsterdam report was presented on 23 November and afterward, the debate was handed over to the municipal council in De Balie center.

You can read this report here.