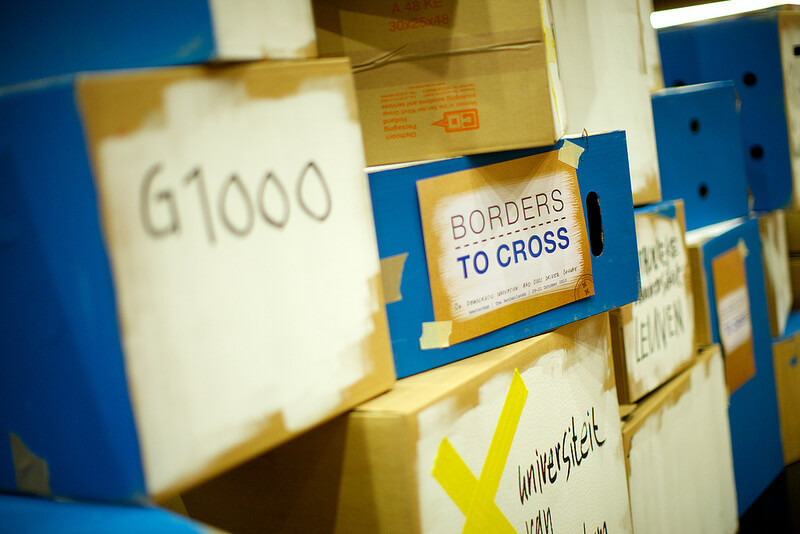 Europe is bursting with examples of democratic innovation and social change. Citizens are taking public matters into their own hands, driving change through efforts to improve the neighbourhoods and cities in which they live. And government officials are experimenting with new forms of practical deliberation, which reshape relationships with the public and other stakeholders.

To face up to social and democratic challenges like the current financial crisis and growing distrust in political representation, new forms of co-creation and cooperation are necessary, and are evolving all the time. But they are also transforming the roles and responsibilities of everyone concerned. And they raise their own dilemmas and questions. For example, how do we support and facilitate grassroots initiatives whilst at the same time addressing public concerns? How do we ensure that such initiatives last? And how do governments respond to bottom-up developments in civil society?

Borders to Cross will bring together practitioners from the public service, civil society and the market to discuss possible answers to these questions of democratic renewal and social change.

Come and learn about democratic and social innovation
Borders to Cross is an international, mainly European conference for up to 250 government professionals, active citizens, social entrepreneurs and academics in the field of social and democratic innovation. At its heart are 40 fascinating initiatives from all over Europe and beyond. Around these innovative cases, which range from “Better Reykjavik” to “Self-Governance in Peel en Maas” (NL), you can participate in workshops, speed dates and theoretical reflection.

A Timely Alliance
Borders to Cross came into being out of a cross over of disciplines and generations and has evolved into an alliance of partners from various backgrounds. It is itself an experiment in co-creation between different sectors, professional backgrounds (government, society, academia), and we are very excited to be part of this journey.

The initiative for a learning conference on bottom up change by citizens and the necessary shift in responsibilities between government, society and market was taken by five Dutch professionals (Rense Bos, Hank Kune, Stefanie Schuddebeurs, Jan Schrijver and Ton van der Wiel) who recognized the need to learn from international practice and between sectors about democratic innovation and civic driven change. They saw that people throughout Europe are seeking a new balance between the responsibilities of government and an active society.

Government can no longer take sole responsibility for dealing with societal problems; citizens and NGO’s can no longer simply question or complain about what their governments do or don’t do. The role of social media and social entrepreneurship, the empowerment of stakeholders and the changing set of competencies for government professionals are vital issues. The idea of an intensive learning conference where social entrepreneurs, citizens, government professionals and market parties from all over Europe would gather and discuss innovative practice of democratic and social innovation was born.

The initiative was embraced by the Dutch Ministry of the Interior and Kingdom Relations under the condition that it would be organized in partnership, as its goals imply. Support was soon gained from a diverse group of organisations, leading to partnerships in the financial and/or content-related sense with the City of Amsterdam, Network Democracy, the University of Amsterdam and the University of Leuven, G1000, European Cultural Foundation, European Alternatives, Agentschap NL, the ministry of Health, Welfare & Sport (VWS), and the ministry of Infrastructure & Environment (I&M). European Civic Forum, the European Year of the Citizen Alliance, the Erasmus Prize and Kracht in NL have also become supporters of the conference.

Twelve years ago in Maastricht (October 5-7th, 2000), policymakers, practitioners and social scientists from all over Europe came together in order to share new insights and good practices about citizen participation. The event was also called Borders to Cross. Now it is almost 13 years later, and once again it is time to cross borders in order to learn with and from each other – citizens, policy-makers, public sector professionals and social scientists – about how to innovate both civic society and the public sector.