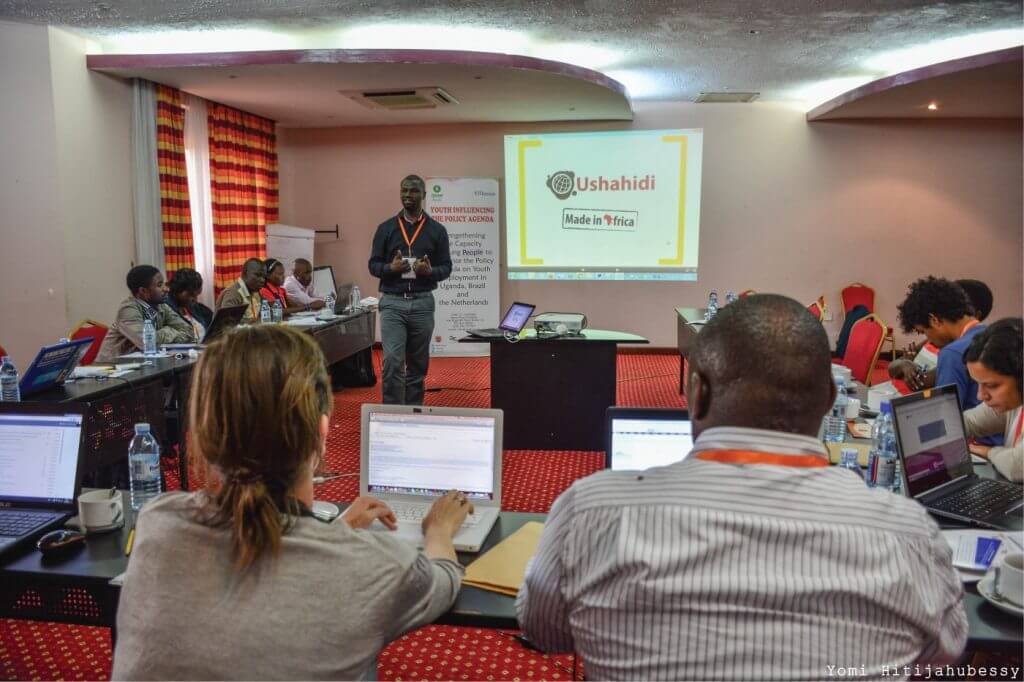 One of the biggest challenges youth faces at the moment is youth unemployment. Uneducated youth or even youth with multiple degrees are not able to find work. So how are they going to work on their future? Is this something they can fix themselves or is this just simply out of their hands?

When youth are given ownership of their own challenges, they are more likely to face these challenges head-on. This is in fact the essence of “Youth Influencing the Agenda”, a project where youth are involved in agenda setting activities to influence the political agenda concerning youth unemployment and to actively engage with government.

Netwerk Democratie is part of the E-Motive program, an international exchange and learning program of Oxfam Novib, where North and South learn from each other and find innovative solutions for global issues. Netwerk Democratie recently joined the pilot project “Youth Influencing the Agenda” together with Movisie (Utrecht, The Netherlands), involving partners in the South: CEW-IT (Uganda) and Inesc (Brazil). CEW-IT, the lead partner of the project has developed the Citizens Manifesto methodology and tool that enables citizens to collect their asks and engage with local government about policy agenda setting. Local government officials commit to the asks that were documented. Afterwards, citizens can address these officials if they fulfilled their commitments. In the pilot project “Youth Influencing the Agenda”, we’re looking at the Youth Manifesto that is based on the methodology and tool of the Citizens Manifesto. It’s specified to support youth and aid them in collecting their asks in regard to youth unemployment.

How can youth influence the agenda on youth unemployment more directly? This was the main question that was discussed during the exchange workshop and conference “Youth Influencing the Agenda”, that took place from 1st to 3rd of June 2015 in Kampala, Uganda.

The first day of the conference focused on putting youth unemployment in the context of the three countries and sharing experiences: Uganda, Brazil and the Netherlands. The Ugandan context was made clear with a panel consisting of the Commissioner of Youth Affairs, the executive director of the Uganda Youth Network and a Member of Parliament for youth in Western Uganda and but also for Uganda as a whole. The Commissioner made clear that education is key: it’s about quality, as well as purposeful and targeted education. Also the MP was very clear with his message: the youth needs to be heard and we need to use our resources, which are the young talented and skilled people, next to our resources of the land.

Although migrant youth are receiving more and more higher education, this doesn’t seem to change the situation for their employment. The Dutch government tries to change this by investing in educating youth by training them in specific skills needed for job hunting. The Dutch government also promotes entrepreneurship to start their own business. Youth unemployment is a critical issue, since the Netherlands has an aging population. The group of elderly people is growing in the labour market and they’re employed for a longer period of time. Youth have low chances to find a job and have a durable career in this labour market. The labor force will be reduced in the coming years if nothing changes.

Uganda has a young population. 70% of the population are youth and this percentage keeps on growing. There may be not enough jobs for everyone in the near future. At the moment, approximately two-thirds Ugandan youth are unemployed.
According to the World Bank, Brazil has an youth unemployment rate of 10.7% in 2013. Which is still high, although Brazil has experienced a steady economic growth in the last fifteen years. Strong racial and gender issues are also factors that influence the unemployment of certain groups.

In Uganda and Brazil youth are very active and demand instant change. In the Netherlands, youths have less interest in politics.

On day two of the conference “Youth Influencing the Agenda” the learnings were to be found out in the field. The partners in the project visited NoOne Youth Enterprise in Kasanga, Makindye division, Kampala. This is a group of about thirty young entrepreneurs who seek to educate and employ themselves. They were trained by Youth Revival Association and manufacture different products, amongst others bars of soap, liquid soap, chalk, vaseline and candles. They are locally well known and surrounding private schools are returning customers for chalk. The groups age ranges from early teens to mid-twenties. Most of the youngest entrepreneurs were sent by their parents to start working with NoOne and pick up entrepreneurial skills. NoOne does face challenges: they have no capital or funds and are forced to work on only a certain product per week. Also packaging materials are expensive. They turn to politicians who are willing to fund their enterprise in return for votes. These youth are not critical about who they give their votes to.

So are youth involved in their own issues? In Uganda and Brazil youth are very active and demand instant change. In the Netherlands, youths have less interest in politics, because they feel their vote won’t influence the situation. 30% of youth didn’t vote during the latest elections for parliament in 2012 (and even 41% didn’t vote in 2010), according to the Central Statistics Office. A tool like the Youth Manifesto could potentially mobilize the youth in all three countries to participate more in and influence agenda setting activities, especially regarding youth unemployment. They will have a hands-on tool that gives them a solid base to work from.

In the coming months Inesc and Movisie will adapt and implement the youth manifesto in the Netherlands. Netwerk Democratie will monitor the outputs and outcomes of the pilot project. Testing the potential impact in different contexts could validate the Youth Manifesto as a valuable agenda setting tool for youth unemployment.

If we don’t make an effort to change the situation for youth, what can we expect for their future but also for the future of our country? We should provide youth with tools to help themselves and motivate them to take an interest in politics, where they can exert the most influence. Again, when youth is given ownership of their own challenges, they are more likely to face these challenges head-on.